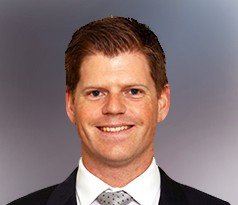 Etienne is the current Club Doctor for the Sydney Swans AFL club, and was previously the Chief Medical Officer for Sydney Roosters NRL team in 2019 and for the NSW Waratahs Rugby Union team. Another highlight includes being the team doctor for the Australian Water Polo teams during the 2016 Olympic Games in Rio de Janeiro, and the tournament medical director for the Sydney Sevens in 2017. He has also provided medical coverage at other events, including the Hurley Australian Open of Surfing, GNW100s Ultramarathon, Gold Coast Sevens, Melbourne Storm games and Sydney FC home games.

In 2017, he published research in the Clinical Journal of Sports Medicine, titled “Depression, Anxiety, and Alcohol Use in Elite Rugby League Players Over a Competitive Season”. This earned him the 2017 ACSEP Registrar research award, as well as being awarded Best Paper – Clinical Sports Medicine at the 2017 Sports Medicine Australia Conference.

Etienne has an interest in treating acute sporting injuries as well as more persistent musculoskeletal complaints, including arthritis and tendinopathies. He will aim to establish an accurate diagnosis and will advise on appropriate exercise strategies that his patients can utilize to improve their pain and function. He will utilise injection therapies when these are indicated. In addition, he advises on medical conditions affecting sports participation and exercise prescription for lifestyle diseases.

The Stadium Clinic offers an integrated team, for a unified approach to injury management & prevention.